5 things to know before the stock market opens Friday 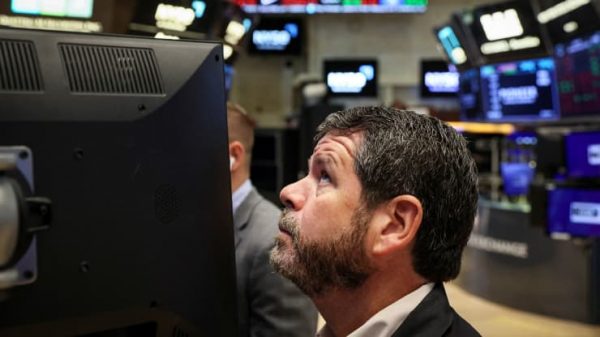 Here are the most important news items that investors need to start their trading day:

The three major U.S. indexes were primed to open in negative territory Friday morning, dimming hopes for a fifth straight winning week for the S&P 500. Stocks have otherwise done pretty well since the brutal first half concluded, but investors are still looking for certainty despite some recent cooling in price increases. The Fed sounds hawkish about raising rates to whip inflation now, or some time soon, at least. There are other issues in the economy, too. While talk of a broader recession might have died down somewhat, housing is facing a real slowdown, particularly on the builders’ side of things. Yet home prices remain high, and people are still paying contractors to do work, according to home improvement giants Home Depot and Lowe’s.

People walk out of a Bed Bath & Beyond store amid the coronavirus disease (COVID-19) pandemic in New York, January 27, 2021.
Carlo Allegri | Reuters

Activist investor Ryan Cohen, a favorite of the meme-stock crowd on Reddit’s WallStreetBets forum, is out of Bed Bath & Beyond after all. In a filing Thursday, Cohen’s RC Ventures said it unloaded its entire position in the troubled home goods retailer. Meme investors this week had pushed the stock to highs it hadn’t seen since spring, but the shares tumbled as it became clear over the past couple of days that Cohen would bail on the company after several big moves, including a CEO change in June and a strategic review of the retailer’s Buybuy Baby business. Cohen, who also chairs meme-stock company GameStop, had been pushing for a spinoff or a sale of that unit.

After a big-time flameout that resulted in several bankruptcies and liquidity crises, interesting things are happening in crypto markets. Early Friday, there was a rapid drop in crypto markets, which sent bitcoin, the biggest cryptocurrency in the world, below $22,000 after it recently topped $25,000 in a rally. Ether has also staged a comeback, a much bigger one than bitcoin’s, since hitting lows in June. The big move in ether comes ahead of a planned upgrade of the ethereum blockchain next month. Both ether and bitcoin are still way off their highs, which they reached in November.

Big changes are afoot at Starbucks. The coffee chain said Thursday that its operating chief, John Culver, will be leaving the company in October after 20 years. It also said it is doing away with the chief operating officer role completely. Culver had been seen as a possible candidate for the CEO role, which Howard Schultz slid into earlier this year on an interim basis after Kevin Johnson retired. It’s Schultz’s third tenure as Starbucks’ chief executive, although many on Wall Street expect the company to name a successor next month at its investor day. The next CEO will have to confront a growing unionization drive at the company’s coffee shops.

Chinese President Xi Jinping and his Russian counterpart, Vladimir Putin, both plan to be at November’s Group of 20 meeting in Indonesia, according to Reuters. It would mark Xi’s first trip outside China since January 2020, before Covid, which originated in China, became a pandemic. The development comes as Putin continues to wage war in Ukraine after his military launched an unprovoked invasion of Russia’s former Soviet neighbor earlier this year. Both Xi’s and Putin’s governments have been accused of human rights violations, which they have denied. President Joe Biden, whose administration has been supporting Ukraine’s defense, is also expected to attend the G-20 summit, and a meeting between him and Xi is also reportedly in the works. Read live Ukraine updates here.