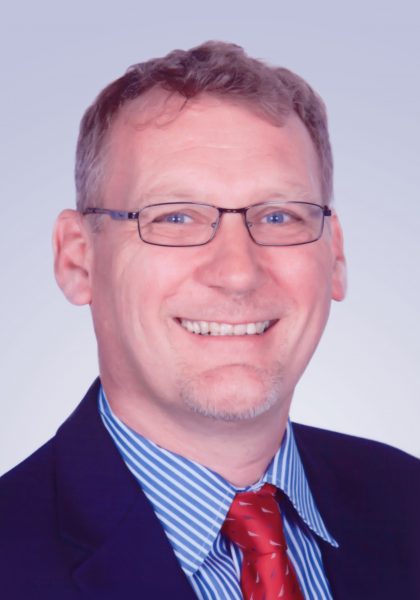 Any seasoned investor will tell you that investing in biotechnology companies comes with an exhilarating balance of risk and reward. If a company is successful in getting its products to market, there is potential for significant investment gains. The complex nature of biotech, and the highly regulated environment in which it operates, can make it difficult for investors to assess the probability of a company’s success.

How do investors measure value in biotechs? The first element investors typically consider is a company’s technology. Is it promising? Is it a discovery made by a well-known and respected institution? Will it solve a problem or change lives for the better? Does it have a good chance of achieving commercial success?

A second measure of value for many investors, often including the most seasoned investors, is a significant market opportunity and a compelling story. OBD’s story is focused on improving outcomes for cancer patients, but also features value drivers – such as its partnerships with leading institutions, collaborations with pharma, strong technology portfolio, commercially available tests for precision medicine and a unique 3D genomic knowledgebase – that will pique investor interest.

Of course, these value drivers must be accompanied by an experienced and capable team in order to successfully realize the inherent value of the opportunity.

With its technology, story and strong team, OBD has a winning trifecta that is appealing to investors on both sides of the Atlantic. We sat down with Oxford BioDynamics’ CEO, Jon Burrows, to find out more about the company’s commercial plans for the US.

Q: First, can you tell us more about OBD’s science and why it has attracted the attention of medical professionals and investors?

A: Our 3D genomic technology is based on discoveries made at Oxford University.  The company was spun out in 2007 with the aim of commercializing it as a 3D genomic biomarker platform technology bringing a new generation of biomarkers for cancer and other diseases. In 2021, we launched our EpiSwitch™ COVID Severity Test, a simple diagnostic that predicts an individual’s risk of severe illness from COVID-19, allowing physicians to proactively manage health uncertainty for their high-risk patients. Our second product, the EpiSwitch™ CiRT test, was launched earlier this year. This test accurately predicts a cancer patient’s likely response to the blockbuster Immune Checkpoint Inhibitor (ICI) therapies for 15 types of cancers.

Our technology is proven and has been reduced to practice in the form of easy-to-administer blood tests with unmatched sensitivity, specificity and accuracy.

Q: That brings us to OBD’s story. Those with an interest in biotech stocks often invest based on an intriguing story, usually a product that has the potential to change lives for the better. What is it about your company that resonates with investors?

A: We’re often told that our story resonates with those who have been touched by cancer in some way, which unfortunately includes most of us. Great strides have been made in cancer treatment in recent decades, particularly with the advent of ICI therapies, which have transformed the landscape of cancer treatment, providing patients with long-term survival. These immunotherapies are an alternative to radiation and chemotherapy and work with a patient’s immune system to fight cancer, which, on the face of it, sounds like the holy grail of cancer treatment. However, many people aren’t aware that ICIs aren’t suitable for every patient, with only 1 in 3 patients showing any long term benefit and a significant number experiencing serious toxicity events.

Our precision medicine test, CiRT, predicts with high accuracy which patients will respond to ICI therapies from a simple blood draw. Investors tell us they are attracted to the idea that an easy-to-administer test can spare cancer patients the physical, emotional and financial burden of starting a treatment that is unlikely to be effective.

Investors are also looking for value drivers, such as the addressable market for molecular diagnostics, which was estimated to be worth over $36 billion in 2020 and which is expected to grow at a CAGR of 3.9% between 2021 and 2028. In addition, our CiRT product has a niche in the $50 billion ICI market helping physicians to find the right patients and helping payor groups pay for beneficial treatments.

Q: Robust science and an intriguing story are important for attracting investment, but the team executing on the vision can make or break a company. Can you tell us what is different about OBD’s team?

A: OBD is made up of a very special team of people with a proven track record of successful R&D, product development and commercialization efforts. The success at OBD is driven by a core team of scientists and researchers coupled to an experienced team of product developers, marketers and a salesforce from Oncoplex Diagnostics, where my team and I achieved triple digit sales growth and laid a strong foundation for a nine-figure exit. We are also proud to have inventors from the University of Oxford who are an integral part of the OBD team and who play an important role in ongoing product development. It’s exciting to have our original team back in place at OBD, and we all believe in the potential of our technology and the impact it could have on so many lives.

Q: The EpiSwitch™ Checkpoint inhibitor Response Test (CiRT) sounds like a compelling product. Can you tell us more about the test and how it works?

A: The EpiSwitch™ CiRT is the only test of its kind that can predict how a patient will respond to ICI therapies. It has shown high sensitivity (93%), specificity (82%) and accuracy (85%) across 15 cancer indications where ICI treatments are available and is simple to administer. It is now available to millions of cancer patients across the US and the UK via their clinicians who can visit myCiRT.com to place an order. The test itself is based on our proprietary 3D genomic biomarker platform, EpiSwitch™, which can build molecular diagnostic classifiers for prediction of response to therapy, patient prognosis, disease diagnosis, subtyping, and residual disease monitoring in a wide range of indications.

Q: Finally, oncologists and patients in the US will want to know how they can access these potentially life-saving tests. How is OBD approaching commercialization here?

A: We have a full commercial team on the ground in the US, based in Gaithersburg, Maryland. As a team, we have successfully launched and commercialized diagnostics in the past, so we’re aware of the pitfalls and how to avoid them. Our strategy is simple. We are raising awareness among oncologists first, by highlighting the EpiSwitch™ CiRT’s best-in-class performance, and the fact that it is the first, and only, test of its kind. We recently attended the American Society of Clinical Oncology conference and met numerous practicing clinicians, pharma development teams, hospital systems and healthcare investors, all of whom were interested in the test. Following our launch in late February this year, we have seen some early success with four oncology groups who have adopted the test and placed multiple orders across March and April. The feedback we’ve received from oncologists has been positive.

With best-in-class technology and a stellar management team with proven commercialization expertise, Oxford BioDynamics has a clear pathway to growth in the US, UK and Europe. Positive physician feedback, peerless technology and a team with an outstanding track record of bringing products to market are charting a roadmap for commercial success in 2022 and beyond.

This communication was produced by Investors Prism, an affiliate of PCG Advisory Inc., (together “PCG”). PCG is an integrated investor relations, communications and strategic advisory firm. The information contained on this is ‘Paid Advertising’ for purposes of Section 17(b) of the Securities Act of 1933, as amended (together with the rules and regulations there under, the “Securities Act”). “PCG” and its affiliates are compensated by respective clients for publicizing information relating to its client’s securities. For more information in terms of compensation received for services provided by PCG, see the pertinent advertising materials relating to the respective client. By accessing this Site and any pages thereof, you agree to be bound by the Terms of Use and Privacy Policy…

This communication was produced by Investors Prism, an affiliate of PCG Advisory Inc., (together “PCG”). PCG is an integrated investor relations, communications and strategic advisory firm. The information contained on this is ‘Paid Advertising’ for purposes of Section 17(b) of the Securities Act of 1933, as amended (together with the rules and regulations there under, the “Securities Act”). “PCG” and its affiliates are compensated by respective clients for publicizing information relating to its client’s securities. For more information in terms of compensation received for services provided by PCG, see the pertinent advertising materials relating to the respective client. By accessing this Site and any pages thereof, you agree to be bound by the Terms of Use and Privacy Policy.

“PCG” and its affiliates are not a registered or licensed broker, dealer, broker-dealer, investment adviser nor investment manager, nor does “PCG” engage in any activities that would require such registrations. “PCG” and its affiliates do not provide investment advice, endorsement, analysis or recommendations with respect to any securities, and its services to or statements about its clients should never be construed as any endorsement of or opinion about any security of any client. No information contained in this communication constitutes an offer to sell, a solicitation of an offer to buy, or a recommendation of any security or any other similar product or service regardless of whether such security, product, or service is referenced in this communication.

Our articles, reports/releases and videos are a commercial advertisement and are for general information purposes ONLY. We are engaged in the business of marketing and advertising companies for monetary compensation. We only publish favorable information because we are compensated to publish only favorable information. We are not objective or independent and have multiple conflicts of interest. The Profiled Issuers and parties hiring us have conflicts of interest.

The contributors may buy and sell securities before, during and after any particular article, report and publication. In no event shall “PCG” or affiliates be liable to any member, guest or third party for any damages of any kind arising out of the use of any content or other material published or made available by “PCG”, including, without limitation, any investment losses, lost profits, lost opportunity, special, incidental, indirect, consequential or punitive damages.  Further, nothing in this communication is intended to provide tax, legal, or investment advice and nothing in this communication should be construed as a recommendation to buy, sell or hold any investment or security or to engage in any investment strategy or transaction. Investing in micro-cap and growth securities is highly speculative and carries an extremely high degree of risk. It is possible that an investors investment may be lost or impaired due to the speculative nature of the companies profiled. Never invest in any stock featured by “PCG” and its affiliates unless you can afford to lose your entire investment.  We urge Investors to conduct their own in-depth investigation of the Profiled Issuers with the assistance of their legal, tax and investment advisers. An investor’s review of the Information should include but not be limited to the Profiled Issuer’s financial condition, operations, management, products or services, trends in the industry and risks that may be material to the profiled Issuer’s business and other information he and his advisers deem material to an investment decision. We encourage our readers to invest carefully and read the investor information available at the web sites of the U.S. Securities and Exchange Commission (SEC) at www.sec.gov and the Financial Industry Regulatory Authority (FINRA) at www.finra.org.

Biotechnology company, Oxford BioDynamics (AIM:OBD), is poised for successful commercialization of its precision medicine tests for oncology. Any seasoned investor…